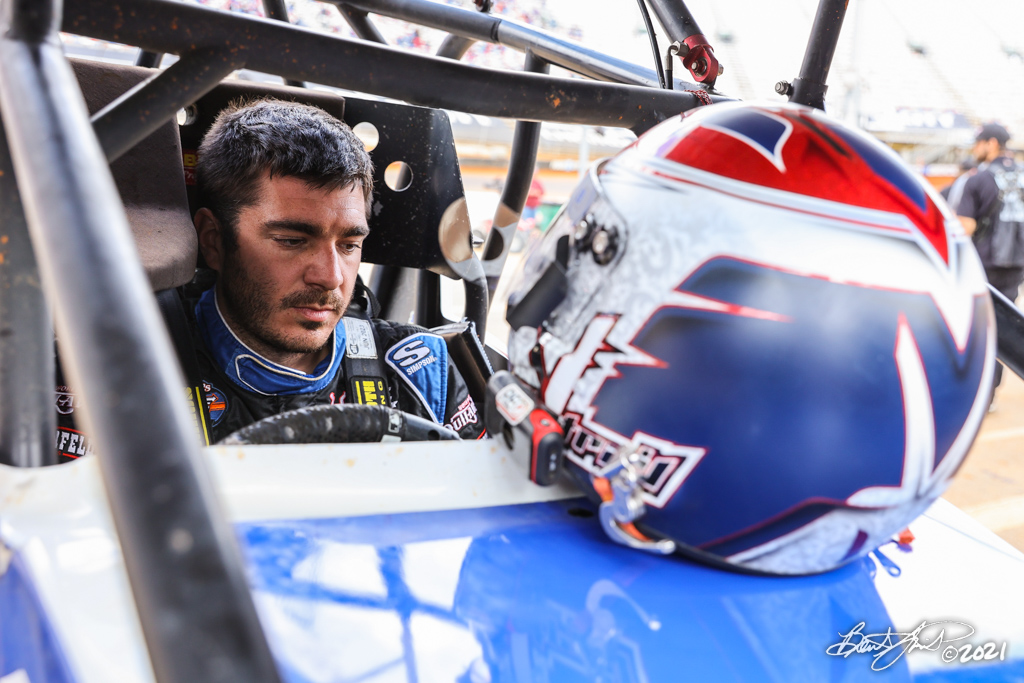 Aaron Reutzel has been pretty good during his first full season with the World of Outlaws NOS Energy Drink Sprint Car Series.

Through last weekend, he’s mustered four wins in his first year with Roth Motorsports. The Clute, TX, driver is seventh in the season-long point standings and was a slam-dunk for Kevin Gobrecht Rookie of the Year honors.

That changed Tuesday, when the World Racing Group levied harsh penalties on Reutzel and Roth Motorsports for undersized tubing — thickness — and taking a tech sticker off one car and moving it to another.

Reutzel has been fined $10,000, which must be paid in full by Aug. 28, 2021, or he will face additional fines and penalties. He is deducted 1,000 championship points and will be suspended from the series for 30 days from the date of infraction, which was July 31.

As for Roth Motorsports, the team has been fined $10,000 and deducted 500 World of Outlaws owner’s points. The team will be allowed to compete in series events once the fine is paid. Both Roth Motorsports and Reutzel have been placed on probation for the remainder of 2021 and the entire 2022 season.

“It is an unfortunate situation Aaron Reutzel created for everyone involved,” Carter said. “The severity of the penalty was weighed heavily and reflects the seriousness with which we considered the violations and infractions.”

This is Reutzel’s second offense for the same infraction. His car failed tech inspection earlier this year at a World of Outlaws event. According to sources, it was the mid-June weekend at Knoxville Raceway.

On Friday, Reutzel was victorious at Ransomville Speedway. According to a release from the series, technical director Tom Devitt noticed irregularities with the paint on the chassis and confronted Reutzel, who admitted to wrongdoing. A different car was pulled down to compete at Weedsport.

The series did not strip Reutzel of his win at Ransomville because he passed post-race inspection. It should be noted that cars displaying tech stickers aren’t subject to a full inspection. The cars can receive random spot checks with different items being teched after each event.

Paulie Colagiovanni finished second to Reutzel at Ransomville. It was his best finish in a World of Outlaws series event.

“I was made aware of the situation regarding the 83-Car in the pits at Weedsport,” said Paul Colagiovanni, car owner for his son. “I remained silent, choosing not to add to the speculation of what may or may not have happened at Ransomville.

“I had faith in the World of Outlaws organization to determine the correct actions and accept whatever decision rendered.”

Opinions vary on whether or not a competitive advantage was gained due to Reutzel’s infraction. After talking to drivers and some crew chiefs, who want to remain anonymous, thinner tubing could help the car flex more. Others believed there was no competitive advantage.

According to World of Outlaws officials, they will continue to evaluate the situation and if a change is needed in the teching process, it will be addressed.

The FloRacing All Star Circuit of Champions have also indicated that the series will uphold any suspension handed out by the World of Outlaws.