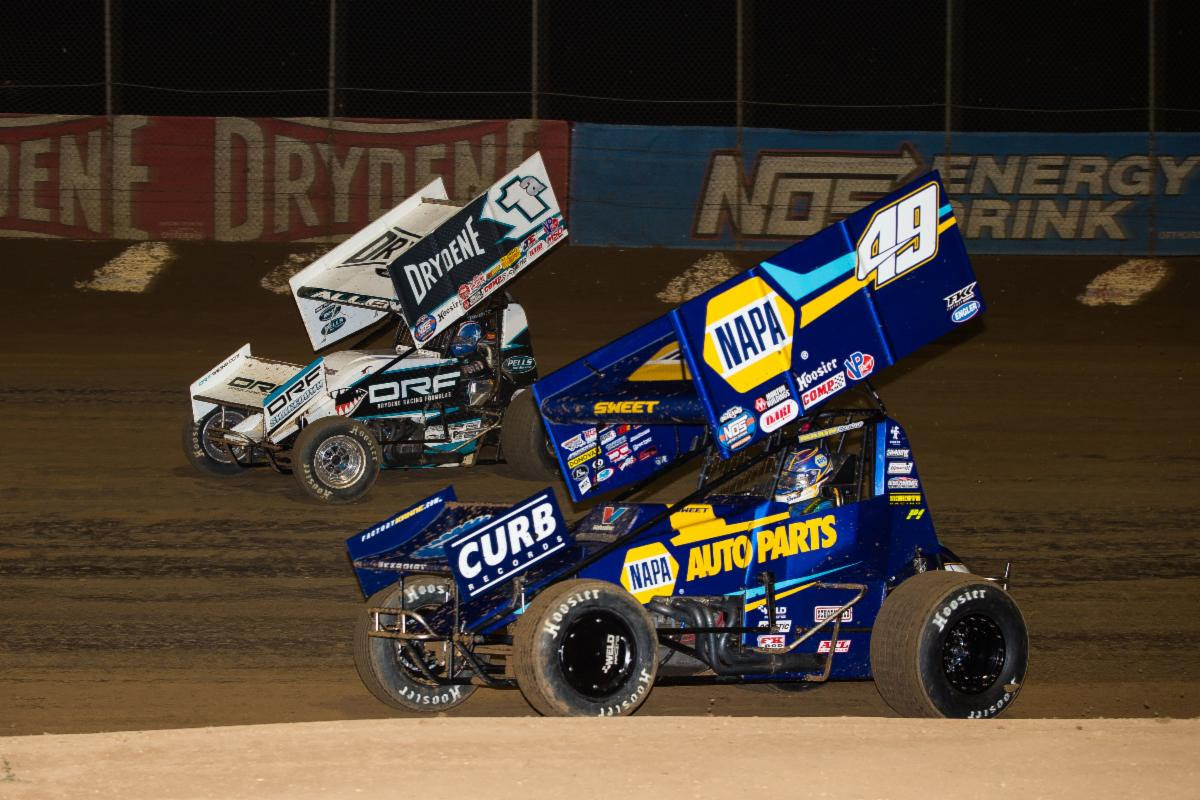 Inside Line Promotions – JACKSON, Minn. (June 22, 2020) – The AGCO Jackson Nationals returns to Jackson Motorplex this weekend for the 42nd time.

The marquee event will be held at the 4/10-mile, dirt oval from Thursday through Saturday with the World of Outlaws NOS Energy Drink Sprint Car Series finale paying $30,000 to win and $1,000 to start. The Heartland Steel RaceSaver sprint cars presented by Wyffels Hybrids and GRP Motorsports will be the support class on Thursday for a $1,000-to-win feature and the Auto Meter Wisconsin WingLESS Sprint Series is the support class on Friday and Saturday.

This year will be the fourth consecutive season the World of Outlaws will partake in the event. Brad Sweet has been the leader of the pack, winning the finale last year and in 2017. He also captured a preliminary night triumph last year and was the 410ci feature winner on May 15 during the lone event for the division this season at Jackson Motorplex. Donny Schatz was the AGCO Jackson Nationals champion in 2018.

Along with a stout payout, several bonuses are on tap this weekend.

Equality Die Cast Inc. is putting up $2,500 for the “Best Appearing Car” of the AGCO Jackson Nationals. There will be a fan vote on the Jackson Motorplex Facebook page with the contest ending at 3 p.m. on Saturday afternoon.

The King of the Hill champion on Saturday will receive a $1,000 bonus from Todd’s Beer Cave in Rock Rapids, Iowa.

Wayne and Norma Van Wyhe are putting up $500 for Saturday night’s Hard Charger.

The event format for the World of Outlaws is the same as last year. Each driver will add to his or her point total each time they enter the track for a race the first two nights. The finale will be lined up based on accumulated preliminary point totals.

A limited number of fans will be allowed into the grandstands. Remaining tickets can be purchased by visiting http://www.jacksonmotorplex.com/Jackson-Nationals .

For those unable to attend, all three nights will be broadcast via a live video stream at http://www.DIRTVision.com.