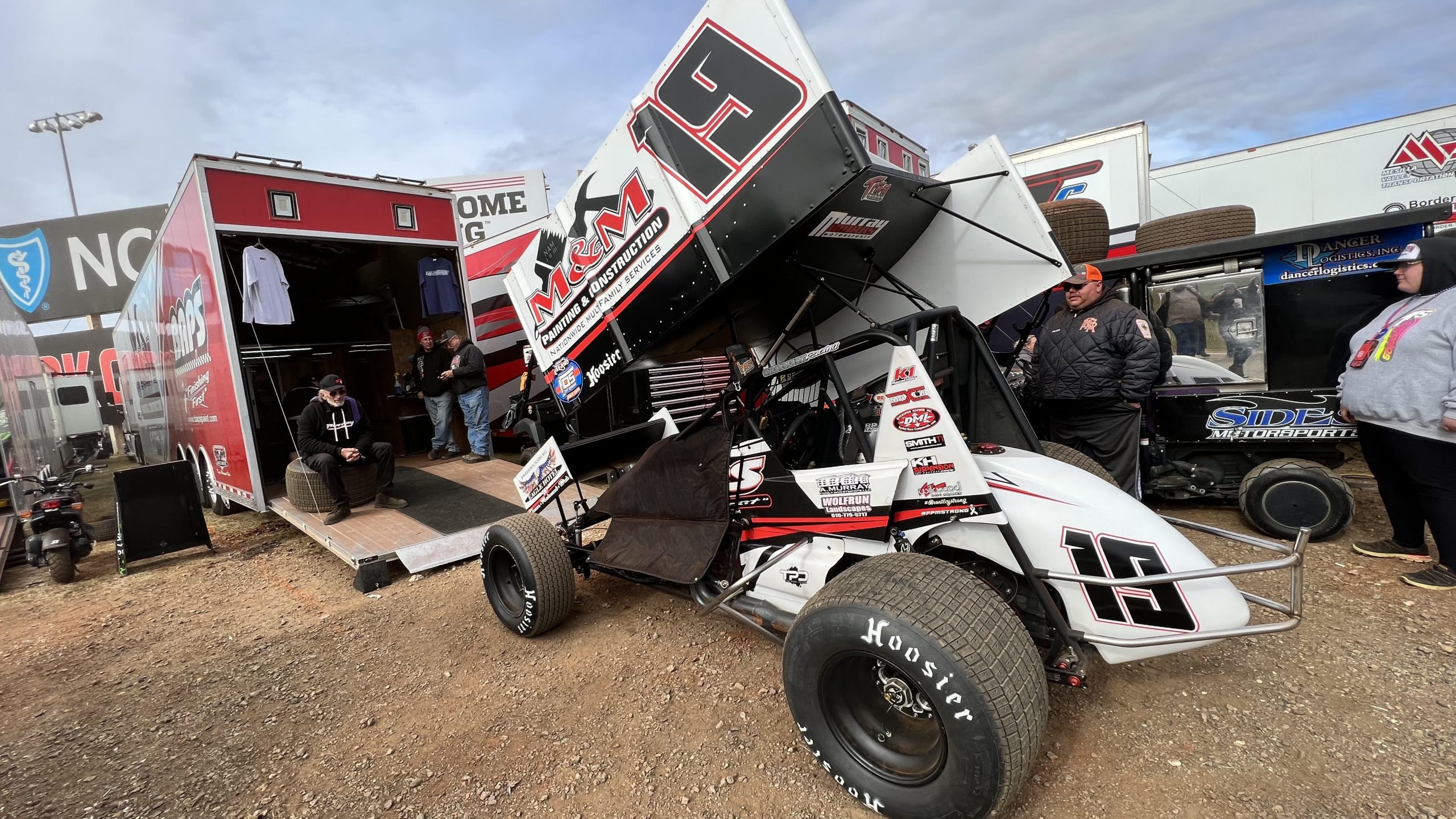 CONCORD, N.C.: Brent Marks doesn’t have a lot of expectations when he rolls into The Dirt Track at Charlotte for the year-end World Finals.

It’s a place Marks has struggled at in the past. So much so, that cracking the top 10 in the final feature rundown would feel like a win for driver and team.

This year provided a little more hope. Marks has been fast throughout the season since getting back in his own car, racking up double-digit wins including a pair against the World of Outlaws NOS Energy Drink Sprint Car Series regulars.

Marks not only shook off his Charlotte past this week, he added to his 2021-win total. The Myerstown, Pa., ace took advantage of more Logan Schuchart misfortune and capped the NGK NTK World Finals with a 25-Lap victory.

“We are generally a 14th and 15th-place car here, but we’ve just been working on our program all year long and just trying to get better everywhere we go,” Marks said after his 13th win of the season. “It’s been working, so we’re fortunate.

“I just can’t say enough about this team and our partners, and Allen Murray and his family back home. I want to thank you guys so much for teaming up with us, and the future is looking good.”

Continued Marks, “We just got to keep working hard. We still have one more race back home in Pennsylvania, so hopefully, we can cap our season off with another win.”

TURNING POINT: Just like Friday night, Logan Schuchart looked like he was on his way to another World of Outlaws victory.

Schuchart built a 2.155-second lead by the 20th circuit and was in control. Meanwhile, Marks worked his way past David Gravel and Brock Zearfoss earlier in the race and was content to run second.

The outcome of this one changed on Lap 22, when Schuchart entered Turn 1. He cut a tire entering the corner collected the wall, which ended any chance of recording his eighth World of Outlaws win of the season.

RACING TO THE WIN: Marks didn’t have to work too hard in the closing stages of the event thanks to being in clean air.

After Schuchart was out of the race, Marks built a 1.224-second lead on the Lap 22 restart. Meanwhile, Gravel and Zearfoss were battling for second.

Zearfoss got by Gravel for the runner-up spot on Lap 23, but he couldn’t dent the leader’s advantage. At the stripe, it was Marks by 1.120 seconds over Zearfoss and Donny Schatz, who charged from 25th to third.

“This is awesome to be able to win in front of this crowd,” Marks said. “I usually struggle here, so we came here and had high hopes with how we are running this year, and everything is working out.

FINALLY: Brock Zearfoss went the first 76 races of the World of Outlaws season without cracking the top five in the feature rundown.

That changed Saturday in race No. 77, when Zearfoss battled David Gravel, Donny Schatz, and Carson Macedo for a second-place finish. The Jonestown, Pa., driver finished ninth in the final Outlaw point standings with one top-five finish and 23 top 10s.

“Better late than never, for sure,” Zearfoss said. “We had an opportunity to win a bunch of races this year and just racing hurt and putting myself in bad positions and just learning, in general, the new racetracks … that kept us behind a little bit.

“I have some laps around this place, and we don’t give up. Everybody behind me brings me up when I’m down. We’ve been getting better since Knoxville. It’s been showing every race and to end the year finally getting our first top five, [It feels good]. I feel like we should have a handful of them.”