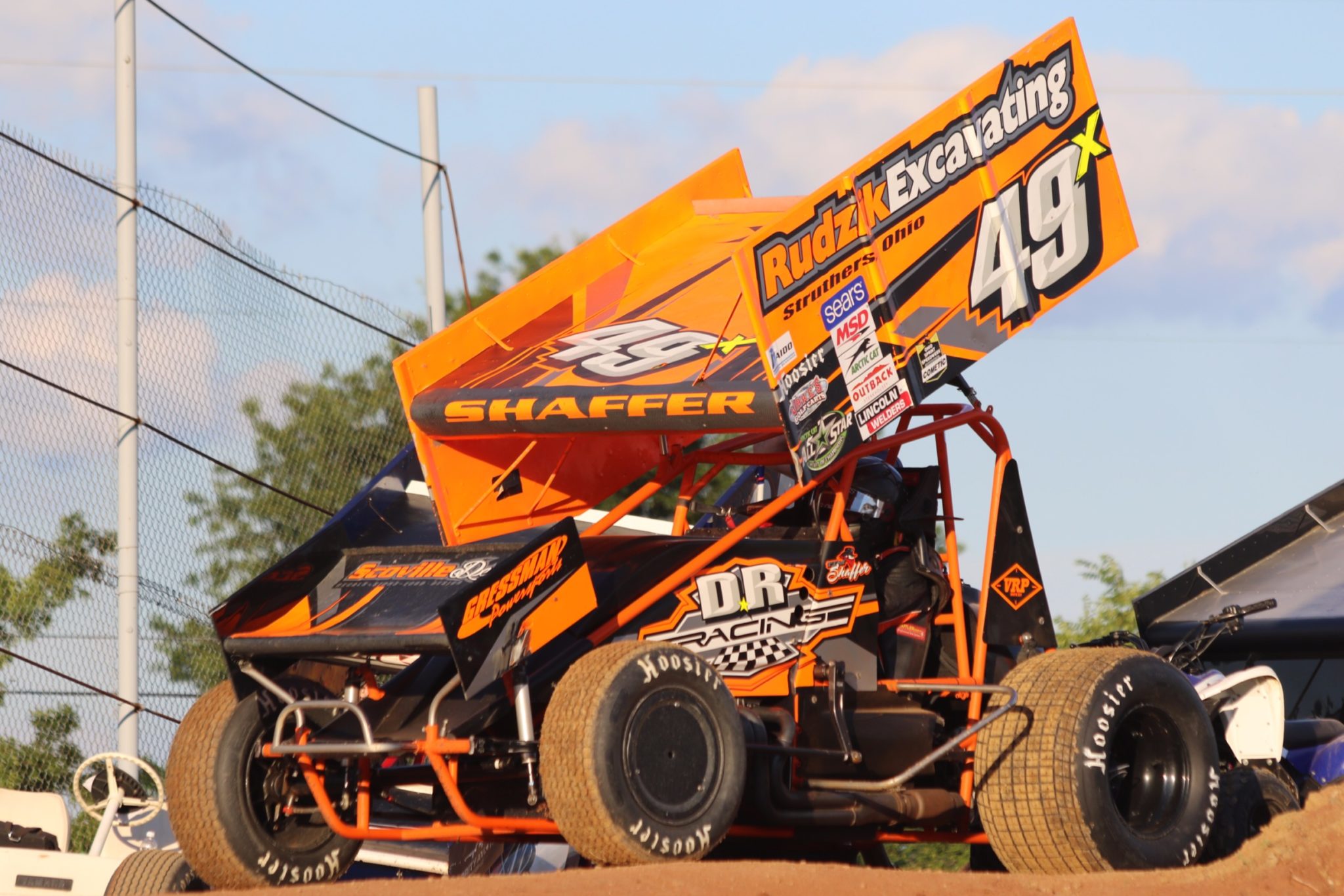 ORRVILLE, OH: It seems no one, not NASCAR’s best, nor the top drivers in Sprint Car racing, can stop Kyle Larson.

Larson beat the World of Outlaws last Tuesday, downed the NASCAR boys Sunday, and added another victory to his resume Monday, beating the All Star Circuit of Champions to win the Ohio Speed Week showdown at Wayne County Speedway.

Cale Conley lead early, outlasting a power outage and early red flag to maintain the top spot. But he couldn’t stop Larson, who started eighth, and charged into the lead on the 13th circuit.

While Larson was driving away to the win unchallenged, fellow NASCAR star Kasey Kahne, who started 13th, made his way to the front and took second.

Kahne’s effort was aided by a late caution, which started when Tim Shaffer and Caleb Helms made contact while battling for the runner-up spot.

Chad Kemenah came from 16th to third in the main event. D.J. Foos, and Rob Chaney completed the top five.

The NASCAR star did it again Tuesday night, backing up his Monday Ohio Speed Week win with a second straight, this time at Sharon Speedway.

It isn’t like Larson is starting on the pole. He lined up sixth on the grid and was up to fourth by the end of the first lap. He quickly made his way to second and stalked Rico Abreu for the lead on the third circuit.

Abreu didn’t have a chance. Larson grabbed the top spot on Lap 4 and held off the field the rest of the way in the 30-lap event to bag another $5,000 payday.

And Tim Shaffer picked up the gavel.

Shaffer started second on the grid, fell behind early, and pulled off a pass just short of the midway point on his way to victory in the 35-lap main event.

Sammy Walsh took off at the start, but Shaffer didn’t fall too far behind and remained within striking distance. The Aliquippa ace took control of the event on Lap 16 and led the rest of the way for the win.