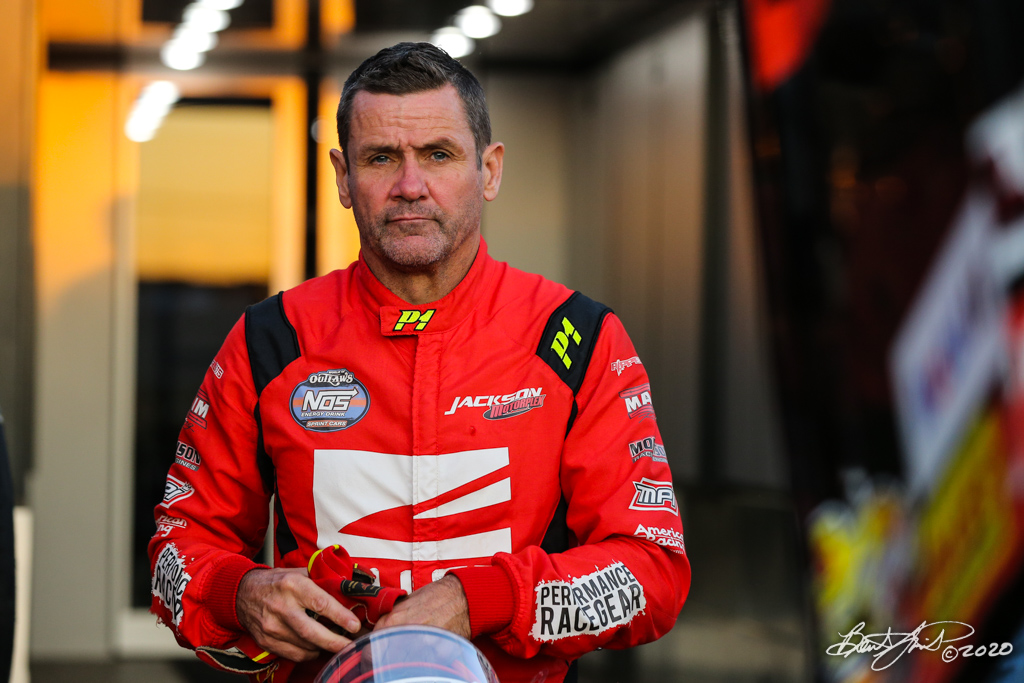 Up until that point, Barshinger was considering a Midget driver and had a couple of other names on his short list to drive his car in 2021. But when Kerry Madsen’s voice came through the phone, the decision was pretty clear.

Barshinger made it official Saturday, when he announced via Facebook that he had hired Madsen to compete in central Pennsylvania next season. Lucas Wolfe drove the familiar No. 24 for the past four seasons.

“It just worked out,” Barshinger said. “I wanted someone who could time trial, because everything we are doing now is time trialing, so it limits who you are going to put in there.

“I was talking to a couple of different guys, but he seemed like the best guy. He is going to come in here and run the full schedule, run Knoxville, Eldora’s big races, and those types of things.”

Barshinger indicated that he was strongly considering United States Auto Club Midget standout Tanner Thorson. The two struggled to come to an agreement because of scheduling conflicts, including the week of the Williams Grove National Open.

That helped open the door for Madsen. The Australian driver became a free agent after being let go by car-owner Tod Quiring, who hired David Gravel to pilot the Big Game Motorsports machine.

“Kerry called me last week, and it was pretty much a no brainer,” Barshinger said. “I was talking with Tanner Thorson, and we just couldn’t get something together with his Midget schedule.

Barshinger hired Wolfe in 2017, and the team ripped off eight wins and a Pennsylvania Speedweek title. Before they parted ways, the combination added another 13 victories to the team’s resumé.

After Wolfe left the team, Barshinger was looking for a driver who could lay down good qualifying laps. His pool of choices opened up, in part, because of raised purses in the area that could draw top outside talent.

“It’s going to be like Lucas had for the first two and a half years,” Barshinger said of the team’s schedule, which has yet to be released. “Kerry’s going to move here during the season, and we are going to do the normal deal.

“One of the things for me was when Port Royal and Williams Grove raised their purses. Now, these guys can make damn near what they do with the All Stars without traveling. That looked good to him, too.”

Barshinger is a soft-spoken owner and one who is fiercely loyal. He doesn’t make mid-season moves based on performance or emotional pressure.

That showed through a brutal 2020 Campaign. Barshinger’s team failed to record a win and only had eight top-five finishes and 24 top 10s in 74 starts.

It’s the type of season that would make some owners second guess coming back for another season. That never entered Barshinger’s mind during this process, as he is bringing in an invader to drive his car for the first time.

“I didn’t want to do anything during the season with Lucas,” Barshinger said. “It just wasn’t working, but it was a screwed up year anyway, and we were pretty much on the same page at the end of the season.

“Lucas, basically, said he wanted to get his own team together for two years now, but we were running so good until this year. I’m not going to be in this deal forever, but I’m not ready to be done yet, either.”