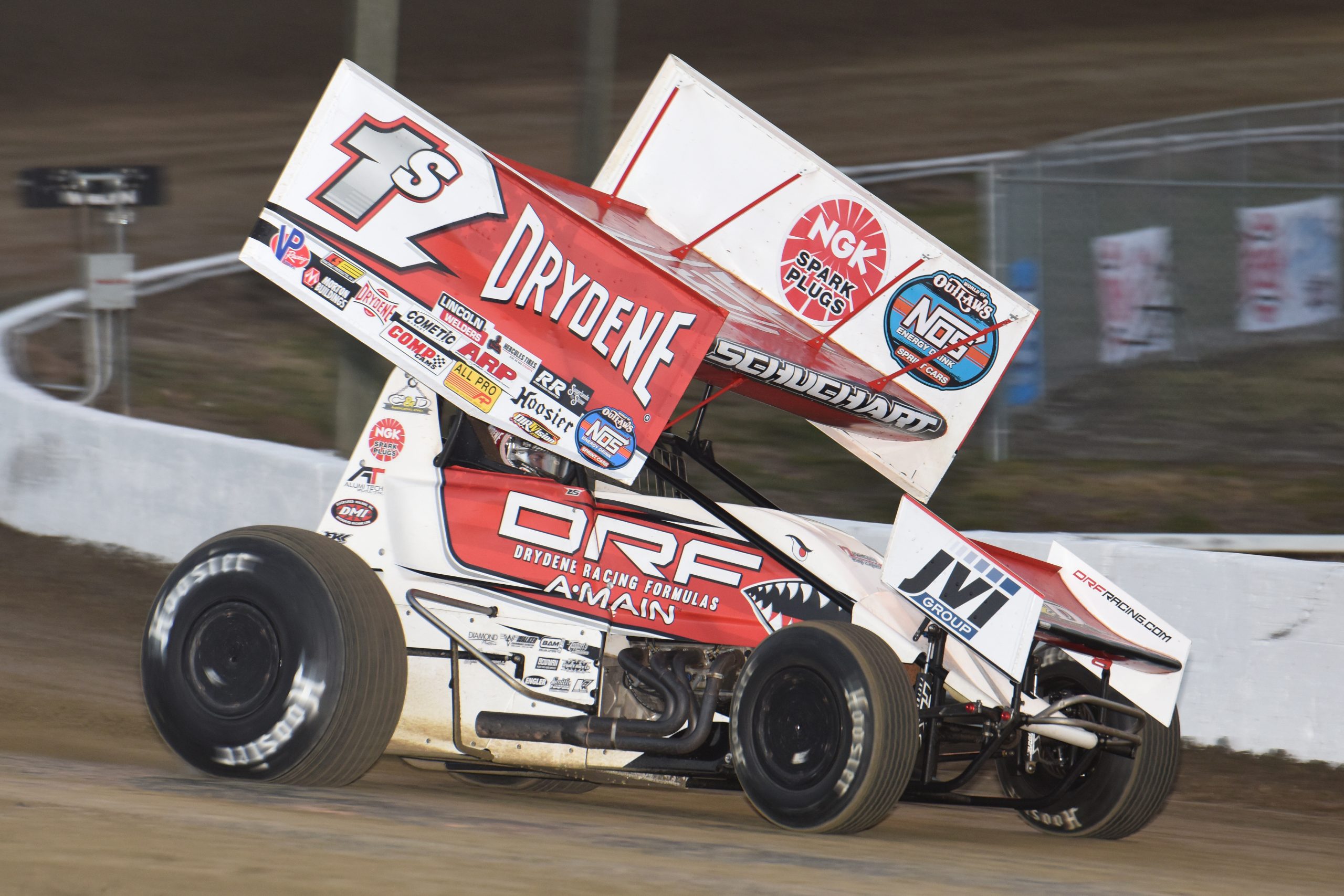 That was the case in qualifying, and when he didn’t win his heat race from the front row, it forced him to start 13th in the A-Main starting lineup.

Things changed in a hurry as the 25-lap All Star Circuit of Champions feature progressed. And when the outcome was in the balance in the closing stages of the race, Schuchart showed all the speed he needed to stand in Victory Lane.

Schuchart disposed of Brad Sweet and Donny Schatz in the last five laps and earned his second career victory at the Barberville, Fla., facility. The second All Star win of Schuchart’s career was worth $6,000.

“When you feel really good like that, it’s confidence in a driver’s mind to be able to put the racecar where it needs to be to go around the racetrack,” Schuchart said. “I just feel really good in my car.

“Early in the night, I felt really good, but I just didn’t think we had the speed we needed in qualifying. Every time we came in, it was like, ‘What can we do to make ourselves better.’

“I felt like the racecar was good and where it needed to be, we just needed a little more speed earlier in the night. We will work on that, but I don’t think I’ve been in All Star Victory Lane since my first 410 win at Williams Grove Speedway.”

After an aborted green flag on the initial start, Jason Sides came to rest on the inside of the frontstretch to bring out another caution. The third attempt went off with no problem and saw Brian Brown jump ahead of Sheldon Haudenschild in Turn 1.

Sweet, who started fifth, was on the move early. Haudenschild got into the fence in Turn 2, and the Kasey Kahne Racing ace slipped past Schatz and Haudenschild and took over the second position on the first circuit going down the backstretch.

Brown was on borrowed time out front. Sweet chopped the lead down to .292 seconds by Lap 5 and pulled off a slider in Turns 1 and 2 two laps later to take over the lead.

Schatz followed Sweet’s lead and passed Brown on Lap 8. The field entered lapped traffic two laps later, and the 10-time World of Outlaws champion closed the gap on the leader to .351 seconds by Lap 12.

Traffic came into play on the 13th circuit. Sweet got trapped behind Joey Saldana, and Schatz nailed the bottom coming out of the second corner to charge out front.

Kraig Kinser brought out the caution on Lap 14, when he slowed on the frontstretch. Schatz, Sweet, and Gravel went three wide through the first and second corner on the restart, with Haudenschild sitting fourth.

Before the 14th circuit could be scored, Brown hopped over the cushion in Turn 4. He collected Gio Scelzi, who was forced to the work area with damage to the right rear of his machine.

While Schatz and Sweet took off on the Lap 14 restart, Gravel and Haudenschild traded the third position at opposite ends of the speedway. One lap later, Schuchart showed up at the front of the field and disposed of both drivers to take third.

“It was definitely a lot of back and forth there … quick reaction times to make some stuff happen,” said Schuchart when asked about the battle with Gravel, Brown, Haudenschild, and Marks.

“We were just slicing and dicing with a lot of good cars and kind of waiting on a direction they were going to take and doing the opposite.”

Running a different line paid dividends down the stretch. After Ian Madsen came to rest on the backstretch with 19 laps down, Schuchart was a missile on the final six circuits.

Schuchart stalked Sweet on Lap 20 and took over second on Lap 21. One lap later, he closed to within .344 seconds of Schatz at the stripe.

With Schatz pinned to the cushion, Schuchart dove into Turn 1 and floated up the track to take the lead in Turn 2 on Lap 23. Once out front, he pulled away with ease and had no equal over the final three circuits, taking the win by 2.047 seconds.

“The Drydene car was awesome,” Schuchart said. “Before we got out there for the feature, I thought it was going to be one-lane dominant on the top. The top was still the place to be, but I could go through the middle and move around and just felt really good.

“I just need to thank everybody who makes this happen. C&D Rigging is back this year, and JVI came on board and helped a lot. We have a lot of people down here who make things happen and get this thing on the racetrack, so it was a lot of fun to drive and really cool to get a win right out of the gate.”

Schatz settled for second and now has two wins, a fourth, and second in All Star competition this year. Sweet, Gravel, and Marks completed the top five.

“He found another groove there,” Schatz said. “It cleaned off in one and two, and you could slide across there, catch some, and it almost felt like it was locked down rubber, but it wasn’t,” Schatz said.

“When you are out front, you are damned if you do and damned if you don’t. It was getting pretty far around in one and two right up against the fence, and I was trying not to hit it and make clean laps.”

Continued Schatz, “I probably got a little too cautious, but that’s the way racing is somedays. We got ourselves up there and had a decent night. It wasn’t a win, but there is always tomorrow.”