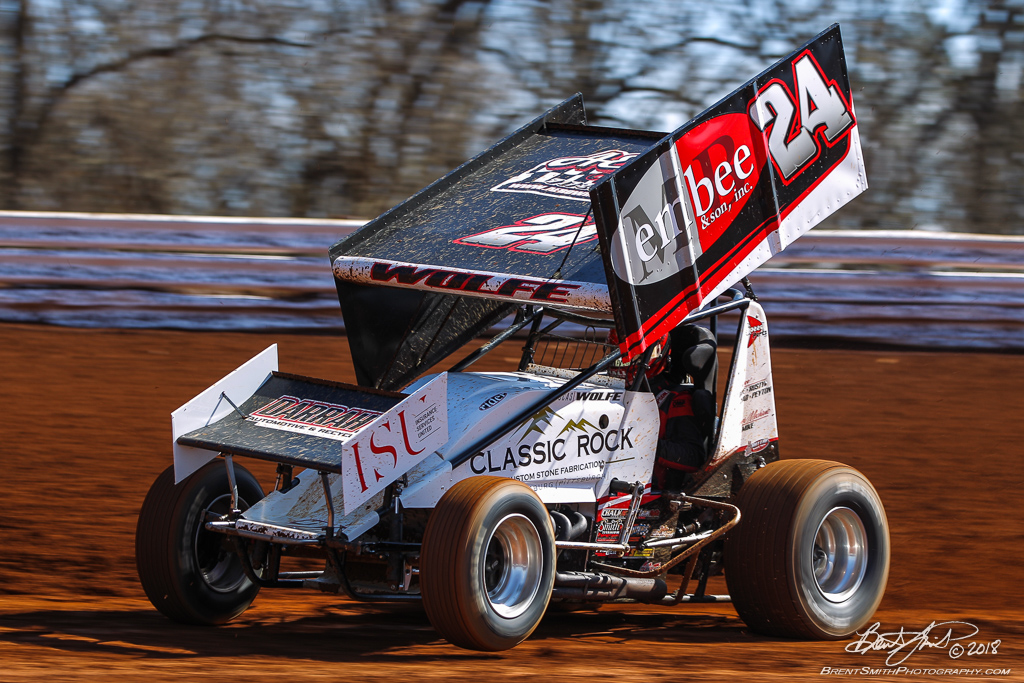 Then, it hit him. As much as he respects Brown and is amazed over what the legendary crew chief has done in his career, Barshinger didn’t want to be like Brown and be in the sport another 20 years.

Barshinger, 66, has contemplated stepping away from Sprint Car racing for almost a year now. Earlier this week, the thought became a reality, and the longtime owner decided he was going to sell everything off and call it a career.

“I’m retiring from racing, selling everything I’ve got, and moving on to the next phase of my life,” Barshinger said. “I have other things I want to do. I’ve had myself tied to racing for 40 years, and the way I look at it … who else can say they did what they wanted to do for 40 year?

“It’s pretty amazing, and I enjoy it, but there comes a time when it ends. I probably wouldn’t have done it if Kerry [Madsen] wouldn’t have called me over the Winter. There just came a time when that was it, and I’m moving on. It wasn’t a knee-jerk deal.” 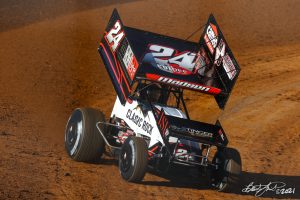 Barshinger has been involved in racing some way for most of his life. He fondly remembers hanging around Kenny Weld and the crew when he was 15 years old.

The first car Barshinger owned was in 1985. It was piloted by Johnny Mackison, and the partnership lasted until 1994. After taking five years off, Scott Ausherman jumped in Barshinger’s car. T.J. Stutts followed in a 360 a couple of years later.

Cory Haas spent 11 years and was Barshinger’s longest tenured driver. Lucas Wolfe followed and spent four years in the seat. After Wolfe and Barshinger parted ways at the end of 2020, Kerry Madsen, Jeff Halligan, and T.J. Stutts finished out the string this season.

But age and wanting to do new things aren’t the only reasons Barshinger decided to walk away. He also felt there were issues in the sport that have made owning a car more difficult than it has been in the past.

“What it comes down to is the way racing is handled nowadays,” Barshinger said. “It isn’t the way it was handled years ago. There are a lot of things, really.

“One of the things is the way things are done at the racetrack when you pull in there to race. To have the luck of the draw, and you aren’t lucky, I just don’t think that is right. If you get a bad draw, you might as well load up and go home. That was a downfall.”

Continued Barshinger, “The tire rule is really not a tire rule, because we are paying $250 now. If they have a tire rule, it should be $150 a tire. None of the tracks follow up on any type of inspections. They don’t check tires for softening, check fuel, other things. They don’t want to catch anybody, and I’m not going to cheat. A lot went into this.”

That’s doesn’t mean Barshinger is soured on racing as a sport. It just became more of a job, and it was time to call it a career.

He has fond memories of the drivers he had, the sponsors, and the owners he met in the pit area. It’s one of the reasons he came back every week.

“I always told my drivers, and they laughed at me, ‘We’re not going to make this a job. We’re going to have fun doing this and if it becomes a job to me, I’m done racing,’” Barshinger said. “That’s how I always did my racing. That’s why I enjoyed it.

“Even though I worked more on the racecar than at work, I just liked doing it. I just wanted to make it enjoyable for everybody. It just got to the point that it was more of a job, and it wasn’t enjoyable.”

Barshinger has received many calls over the last two days from people wanting him to stay involved in the sport. They have been encouraging, but not enough to change his mind.

The next step is selling off all his equipment. It’s a process that has already started, and one that could extend into the Winter months. But once it’s complete, Barshinger plans to enjoy his retirement.

As for being a fan, that will never change. And once things settle down, you could see Barshinger at the track taking in the action as a spectator.

“The biggest thing I’ve enjoyed is the people at the track. I pretty much felt like I got along with everybody … drivers and owners, especially. Lance [Dewease] and Fred [Rahmer] started when I started owning racecars. It’s been fun.”

Related Items:More Racing News
Your Ad Could Be HereContact Jeremy Elliott at 1-717-805-0483
1 Comment