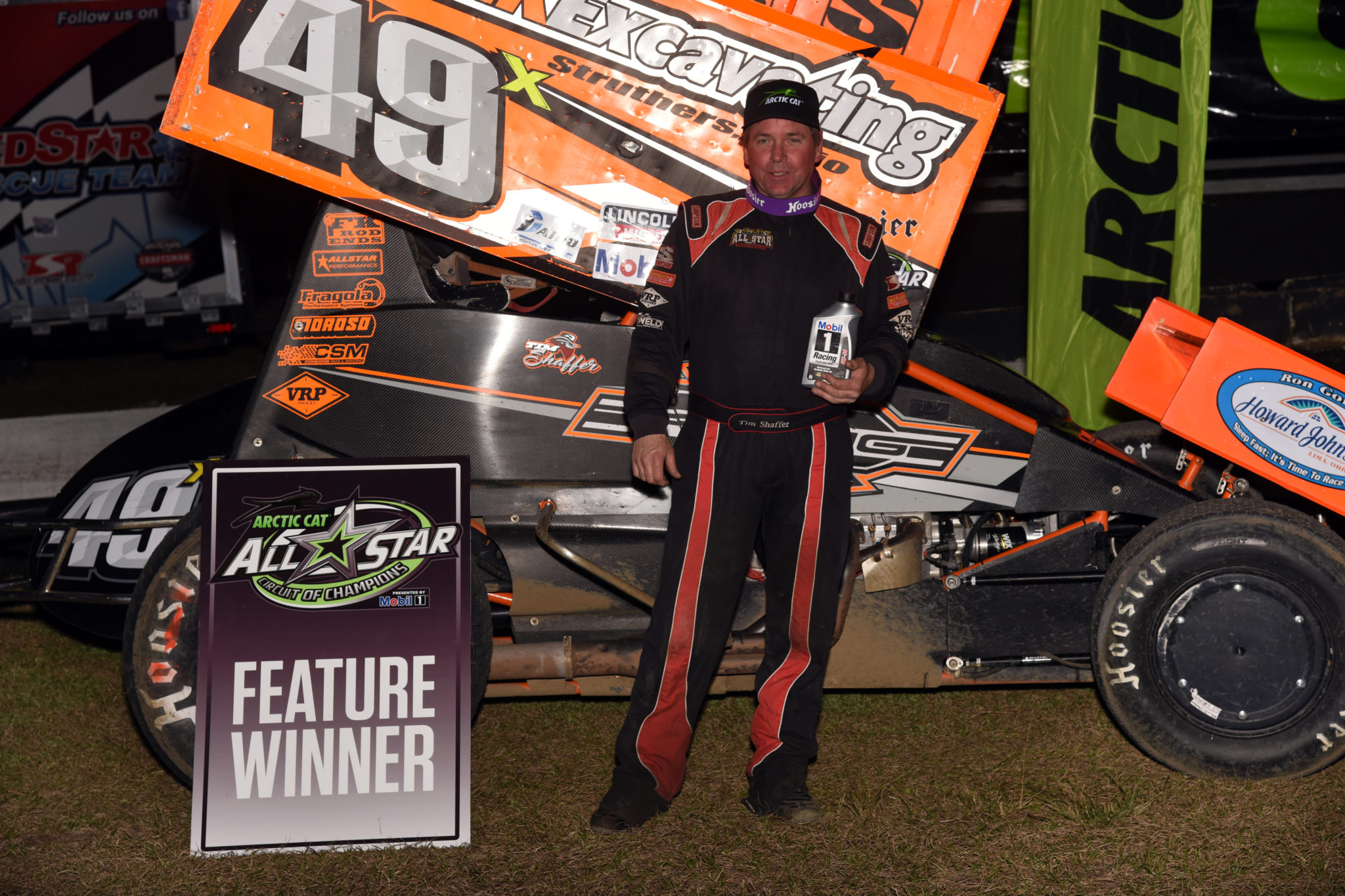 Tim Shaffer was one of the most consistent drivers in the country a year ago, but that wasn’t enough.

The Aliquippa driver wanted more wins, so when he was running out front in Friday’s 30-lap Arctic Cat All Star Circuit of Champions main event at Bubba Raceway Park, it was all about finishing.

The rest of the field had no chance. Shaffer wired the field and held off Kerry Madsen down the stretch to capture the $5,000 first-place check and his 61st victory with the traveling series.

Shaffer got the jump on fellow front-row starter Tyler Clem at the start and never looked back. Mark Smith took third on Lap 2 and two laps later was past Clem for the runner-up spot.

Madsen entered the picture on Lap 11. He blasted past Smith for second on Lap 20 and had a couple of shots but couldn’t slip past Shaffer and settled for second. Smith was third, followed by Coleman Gulick and Paul McMahan.