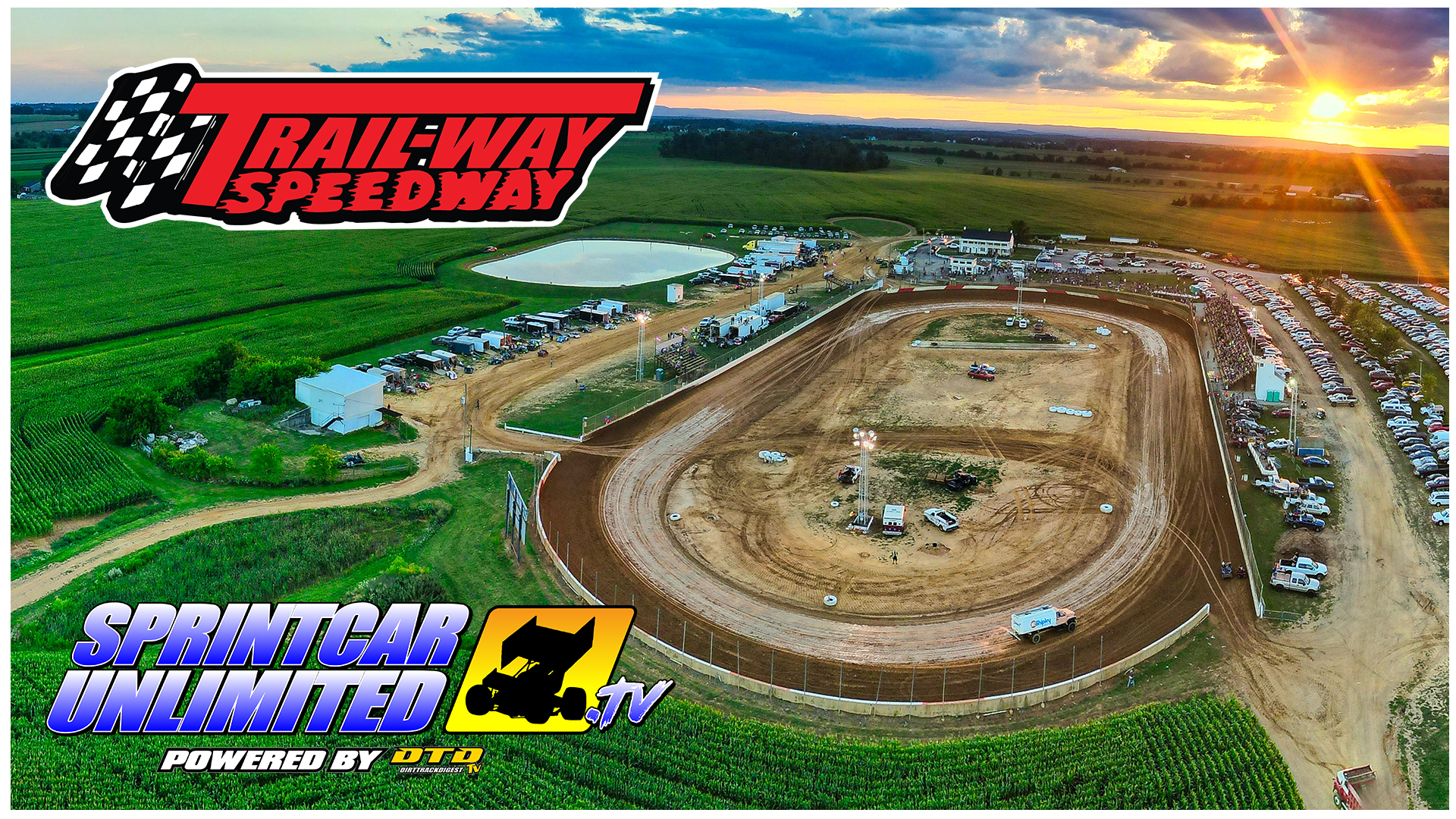 Like so many other racetracks across the country, Trail-Way Speedway was forced to go outside the norm to make ends meet amid the Coronavirus Pandemic last season.

One of the ways the Hanover, Pa., facility expanded its brand was by getting involved in the Live Streaming game. Trail-Way had its first Pay-Per-View event with the broadcast of the Junior Eckert Memorial for Super Late Models.

The management team at the speedway wanted to up the ante this season. So, they signed a deal with newly-formed SprintCarUnlimited.TV powered by DirtTrackDigest.TV for four races in 2021.

“Mike Mallett and Jeremy Elliott approached us about their new company, and we liked the model they are using,” said Perry Hostetter, co-owner of the speedway. “We are excited to have some of our big events on their platform.

“We have good racing at Trail-Way, and this is a way to get that out to fans in other areas of the country and give our teams exposure. We are excited for this new partnership at the speedway.”

The first event on the schedule is the 358 Sprint Car Summer Series event on May 14. SprintCarUnlimited.TV will then shift gears for the next two events on the schedule.

On May 28, the site will broadcast the Junior Eckert Memorial Qualifier for Super Late Models. The winner will receive $4,000. The Limited Late Models will also be part of the program, with the winner receiving $2,000.

The 2nd annual Junior Eckert Memorial, which is scheduled to feature the ULMS Super Late Model Series, will take place on July 16 and will be the biggest event at the speedway in 2021. Jason Covert received $6,000 for winning last year’s event.

SprintCarUnlimited.TV will get back to its Sprint Car roots on Sunday, Aug. 22 for the Armin Hostetter Memorial, which will feature the 410 Sprint Cars.

“When we looked at the schedule, we jumped at the opportunity to stream a pair of Super Late Model events. The Junior Eckert Memorial has become one of the bigger Late Model races in the area, and it’s an honor to be associated with this event and Trail-Way Speedway this season.”

Look for more releases on the upcoming events on SprintCarUnlimited.TV powered by DirtTrackDigest.TV.