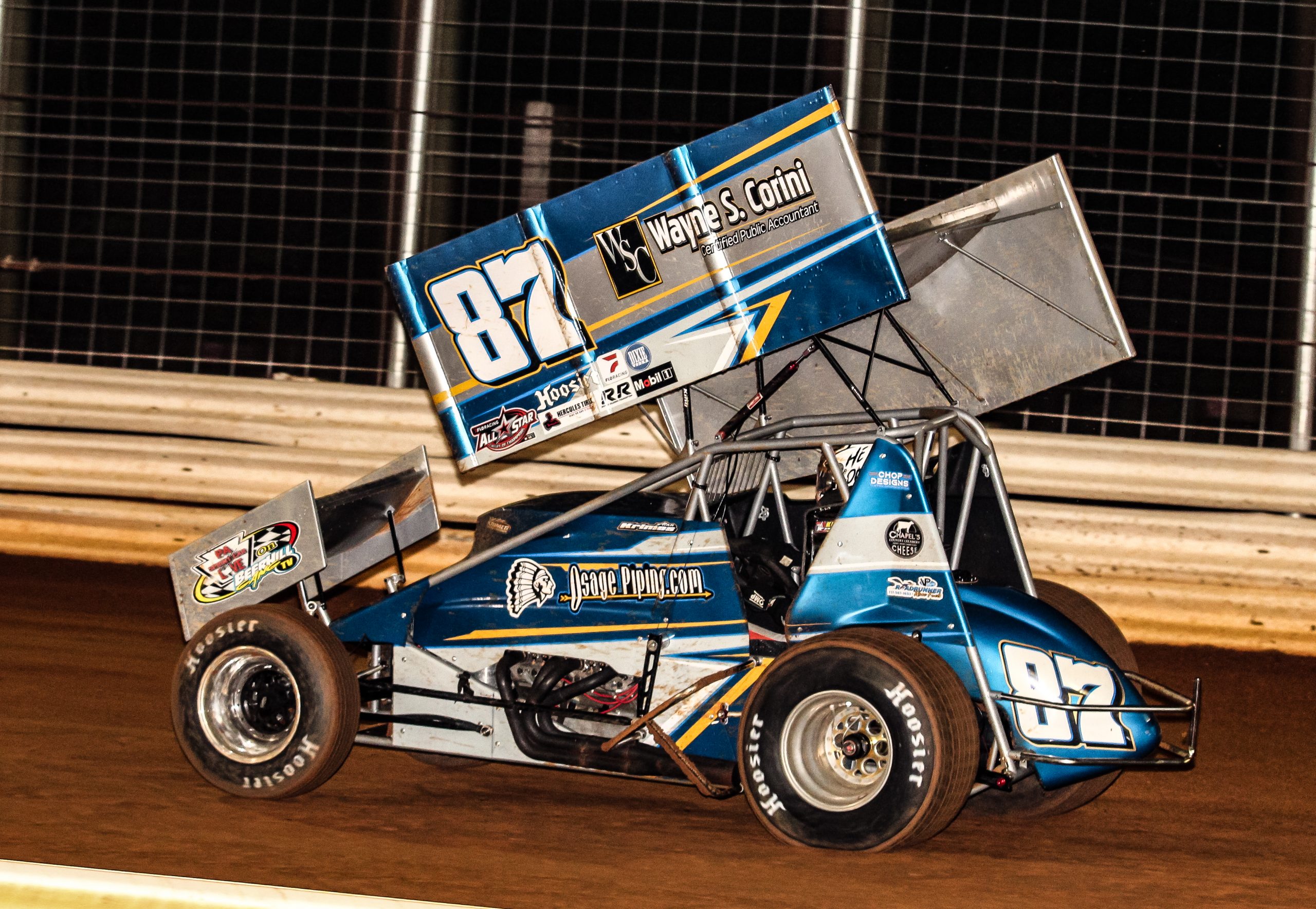 There were plenty of issues throughout the night. Krimes had fluid leaking on him during warm-ups and the heat race. In the consolation, the motor was popping because of a spark-plug problem, and he barely made the A-Main.

Still, Krimes had speed when it counted. After finishing 12th in the first 20-Lap main event, he started on the pole of the second feature and closed the Bob Leiby Memorial with his 23rd career victory at the speedway. Tyler Esh won the first of the Twin 20s that were on the program.

“Starting up front means a lot,” Krimes said after the $3,000 score. “We got fortunate. We started last in that first one and were able to get up to 12th, and luck went our way when [Tyler Esh] drew the 12.

“We kind of got out front and sailed around the top. I thought I was pretty good. It was a rough night. We had all kinds of issues, so to be standing here at the end of the night makes up for everything.”

KEY MOMENT: Krimes’ march in the second main event started during the first 20-Lap main event at the Abbottstown oval.

After only completing two laps in his heat race, Krimes finished sixth in the consolation with a popping motor. The spark-plug issue was fixed, and the Denver, Pa., native started his charge from the 24th starting spot.

Krimes got up to 13th with one lap remaining. Aaron Bollinger, who was running 12th, flipped on the backstretch, which moved Krimes up one spot. When Tyler Esh drew for the invert, he selected a 12, which put the former track champion on the pole.

THE NEW CHASSIS WORKS: Krimes was never challenged over the 20-Lap race distances. He was the class of the field in clean air.

By the time the fifth circuit was scored, Krimes built a 2.353-second lead in his X-1 Race Car, which was making its third start. A red flag for Joe Kata on Lap 8 closed up the field, but that didn’t stop Krimes’ progress.

Krimes got off to a quick start and opened up a 1.183-second lead within one lap. By the time the checker flew, his margin of victory over Ross was 2.104 seconds.

“I think it’s only our third race on it,” Krimes said of his new chassis. “I’ve run a Maxim my entire career, and I had somebody keep calling me to run one of these X-1 Cars. So, I went and got one, and I finally got it together.

“It’s been really good since we put it on the racetrack. So, I have to thank Ryan Linder. He builds a heck of a racecar, and I’m sure he’s pretty happy we put it in Victory Lane this early. So, I’m going to have to give him a call.”