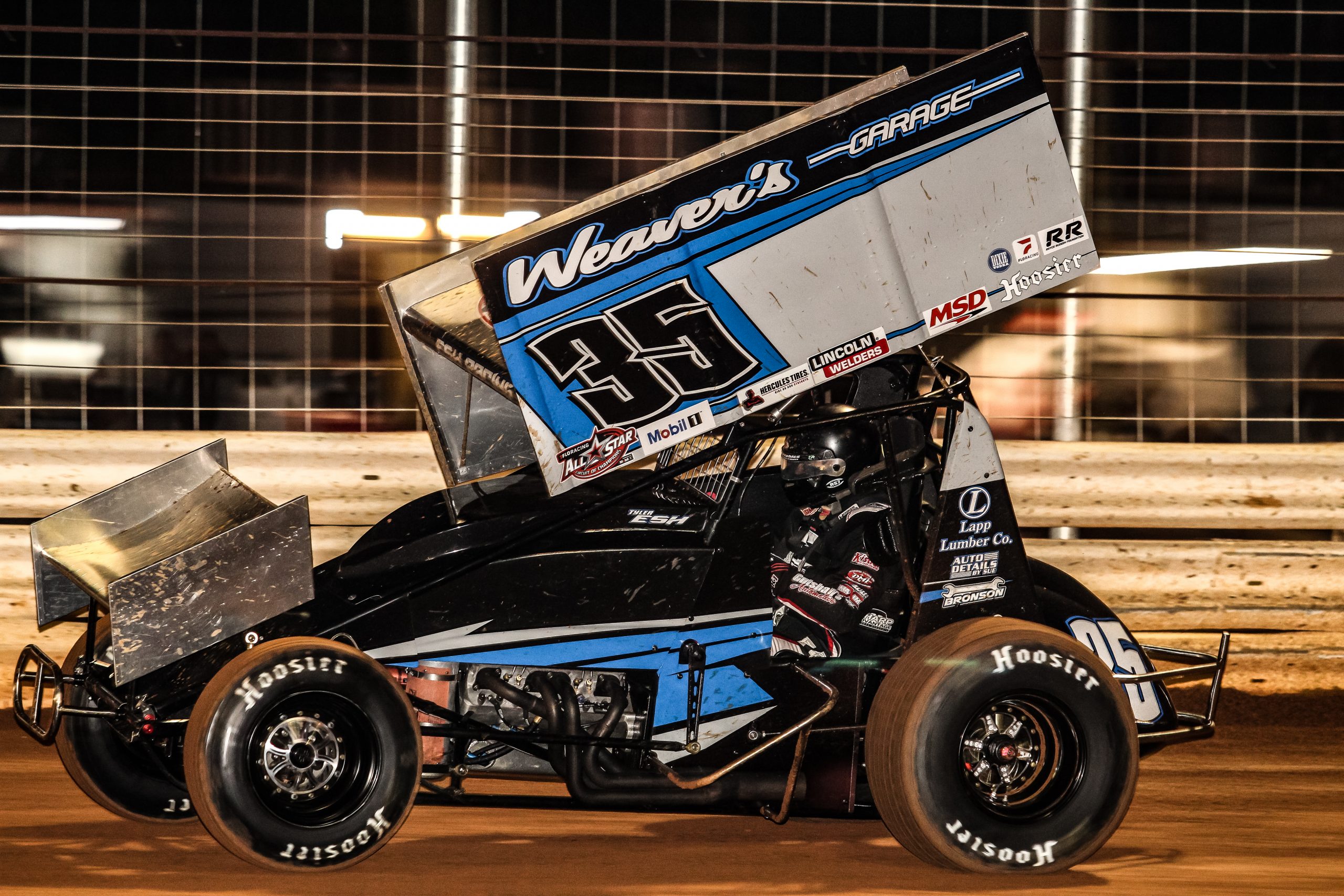 ABBOTTSTOWN, Pa.: Tyler Esh was starting to question whether or not he was going to get back to Victory Lane in a 410 Sprint Car.

It’s understandable. Esh only has one win in the division, and that came at the beginning of the 2018 season at Lincoln Speedway.

Things have changed since then. The Lancaster, Pa., driver no longer runs for his brother, Travis, and is behind the wheel of his own car. It’s made things more difficult, but it also made Saturday’s accomplishment that much sweeter.

Esh started on the pole and wired the field to capture the first of two Twin 20s during the Bob Leiby Memorial at Lincoln Speedway. The victory was his second at Abbottstown oval and netted him $3,000. In the nightcap, Alan Krimes wired the field to earn his 23rd career win at the speedway.

“We had some stuff change from then until now. I don’t race with my brother anymore. This is my deal, and me and Jon [Stewart] run this deal together. They say they come easier after the first, and I’m going to disagree with that one.”

KEY MOMENT: Cory Haas started eighth and made his way forward in a hurry, taking third from Greg Plank on the second circuit.

Haas, who passed Forsythe for second on Lap 7, chased down Esh and was all over his tail tank for the next seven laps. The lead was down to .149 seconds on Lap 12, and the two were side-by-side coming to the stripe on the 13th circuit.

Heading into Turn 1, Haas slipped by as the top four cars were within three car-lengths battling in heavy lapped traffic. Before the leaders could exit the corner, Plank got upside down in Turn 2, which negated Haas’ pass for the lead.

“There was just a mess of lapped cars ahead of us, and it was going to be who could catfish through the best and the fastest,” Esh said. “I got into the back of the 9-Car [Dalton Dietrich] hard getting into one, didn’t really know where I was going to send him, and then the red came out.

“You don’t wish it, but it’s one of those moments where you needed to catch a break — yellow or red — and we got one.”

FINISHING STRONG: After the red flag for Plank, Esh got a good start and was able to pull ahead of Haas, who showed his nose in the first and second corner.

Esh was able to build a .550-second lead over the field. Haas was right there if the leader made a mistake, but it didn’t happen. At the stripe, it was Esh by .645 seconds over Haas.

“You never really feel comfortable, especially with guys like Cory behind you,” Esh said. “They have years of experience on me and a bunch more wins than I have.

“On the restart, I contemplated sliding myself or trying to roll the bottom, but my mentality was that I’m better around the top than I am on the bottom. I just went in there and hoped I hit my line and powered around Cory. So, I will take it.”

THEY SAID IT: “When I caught him in traffic, it was a mess in three and four. Then, I just diamonded it off and cleared him, but the red came out. The track was too quick and too good. We were lucky to get to where we got and had a shot. We got killed by a caution, but he did a good job and didn’t make mistakes. I was close enough to pounce but not close enough to pass.” — Cory Haas after his second-place finish in the first Twin 20 at Lincoln Speedway.